Get a Free Quote Now 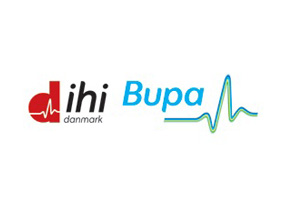 Some time before I got married my husband decided to take out an international travel medical insurance plan when he was traveling abroad. Having in mind the cover of our future children, he evaluated different insurance options and realised the great differences in cover. He chose the IHI plan! After we got married and I became pregnant, I went through a high risk pregnancy, which ended with the premature delivery of my daughter almost three months before time.

Ivanita was born in the 29th week weighing only 980 grams which dropped to 760 grams the first week.

From that moment on we became very distressed as the risks for a baby born prematurely are very high.

Thanks to God we were insured with IHI, who, from the moment we notified them, stood by our side; initially by issuing a guarantee of direct payment to the hospital in Mexico City, but foremost by offering us moral and emotional support throughout the entire ordeal. Their daily phone calls and continuous attention helped us get through all the waiting and uncertainty that we had to endure. Three days after Ivanita was born she suffered a cerebral haemorrhage, which affected 40% of the left part of her brain. The doctors,however, gave us lots of hope as she continued to develop favourably. This haemorrhage caused the circulation of brain fluid to be blocked, which led to hydrocephalus thereby forcing the doctors to insert a shunt valve.

IHI immediately suggested that we could choose the best specialist in the world to treat our daughter and provided us with information on neurosurgeons specialising in newborns.

We had very much confidence in the neurosurgeon who attended us in Mexico City so we decided to continue here.

The following month she had to undergo her second operation but 24 days later the valve had blocked up. This was one of the inherent risks that we knew existed.

My baby daughter then had to undergo a third operation to open and clean the small tube inside the valve.

At this time almost three months of hospitalisation had past with intensive therapy and therapy for newborns. During all this time IHI continued to stay in contact with us thus facilitating everything that had to do with the administration and we never had to pay anything ourselves – all thanks to the direct payment services to the hospital. Ivanita had finally come home with us when – after a month – computerized tomograhies showed that her fourth ventricle had been blocked up. The surgeons now had to insert a second shunt valve.

We went back to the hospital for the operation where they did an endoscopy and now my baby daughter had two valves in her tiny head. The following week we were discharged from the hospital and we went home – IHI was still following everything closely, keeping us informed and supporting us. Ten days after returning home Ivanita began to cry and vomit with a worrying frequency. After having her examined, we had to admit her again due to an infection contracted during the last operation. They had to remove both valves as the bacterias were stuck on the foreign bodies so again she had to go into the operating room. After almost a month of antibiotic treatment we succeeded in eliminating the bacterias completely. The surgeon then had to operate her again in order to replace the valve. This time it was only necessary to insert one valve as the ventricles had been cleared by the endoscopy that was carried out during the second valve operation. This was the sixth operation in her five months of life. After this difficult ordeal we are now back home again. Ivanita is growing and developing just perfectly. She has weekly sessions of physiotherapy and undergoes routine examinations by her paediatrician. And for us, everything that happened is like a bad dream. But what we do remember is the unconditional support offered by IHI. Naturally we were greatly distressed emotionally but IHI took away the financial burdens and straits by reimbursing the hospital and our home nurse directly.

I honestly don’t know what we would have done without the sincere help from IHI, who simply made the difficult much more easy to handle.